Theres Tall and Then Theres Tall: 5 of the Worlds Largest Animals

There are all sorts of animals around the world, in fact, up to around 30 million different species, and they all come in an assortment of colours and shapes. From the very pretty to the very ugly, we share our planet with all sorts of diverse species. 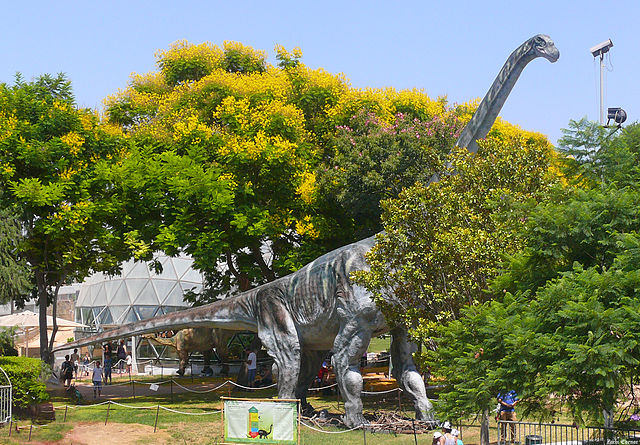 Zeus is a 4-year old Great Dane that lives in Michigan, United States. Weighing in at just over 11 stone (or 70 kilograms), he is 44 inches (1.1 metres) long from his foot to his withers.

His owners have said that he is so big, they have had to buy a van to transport him in, and unsurprisingly he costs a small fortune to keep, in terms of dog food, medicine, and so on! He currently holds the Guinness World Record for being the “tallest dog ever”.

The record holder for the world’s biggest cow goes to Chilli, a giant cow that is as big as a small elephant! Standing at 6-feet 6-inches tall and weighing approximately one tonne, Britain’s biggest bull hails from Somerset and his owners have apparently been in contact with Guinness World Records, who are assessing Chilli’s unique record application.

He is a black and white Friesian, and despite his rather large size, he only grazes on grass throughout the day although he has been known to enjoy the occasional swede as a special treat.

Sultan Kösen is a 30-year old farmer from Mardin in Turkey. His claim to fame is that he is the world’s tallest man. In 2011, he was measured as being 8-feet 3-inches tall.

His unusual growth was down to a tumour affecting his pituitary gland, and because he is so tall he needs to use crutches to walk. Kösen has been receiving treatment for his tumour since 2010, which has effectively halted any further growth.

Ralph is a 4-year old Continental Giant rabbit that lives in Uckfield, East Sussex. He is currently the world’s biggest rabbit, and weighs a gargantuan 3 stone 8 lbs! Recently interviewed on national television, his owner said that his diet includes cabbage, cucumber, broccoli, carrots, watercress, and he even gets to indulge on brown bread every day.

Being a world record holder is obviously in the genes, because Ralph’s mother also had the same title!

Last but certainly by no means least is Big Jake, the world’s tallest horse! He is a Belgian gelding that resides in Michigan, United States, and weighs just over a tonne. Big Jake is 6-feet 11-inches tall, and is considered to be a gentle giant by his owners.

No doubt he probably needs to have a large dose of worming products for horses to stay fit and strong!

Interesting Lotteries from around the world

Interesting Facts You Didn’t Know About the SR-71 Blackbird

Understanding How Each Step of IVF Treatment Works

What You Need to Know About Industrial Laser Cutting

10 Facts and Myths About Psychics

Awesome Products And Services For Pets (And Their Owners)